A Summer Tale of Yerba Mansa

A Summer Tale of Yerba Mansa 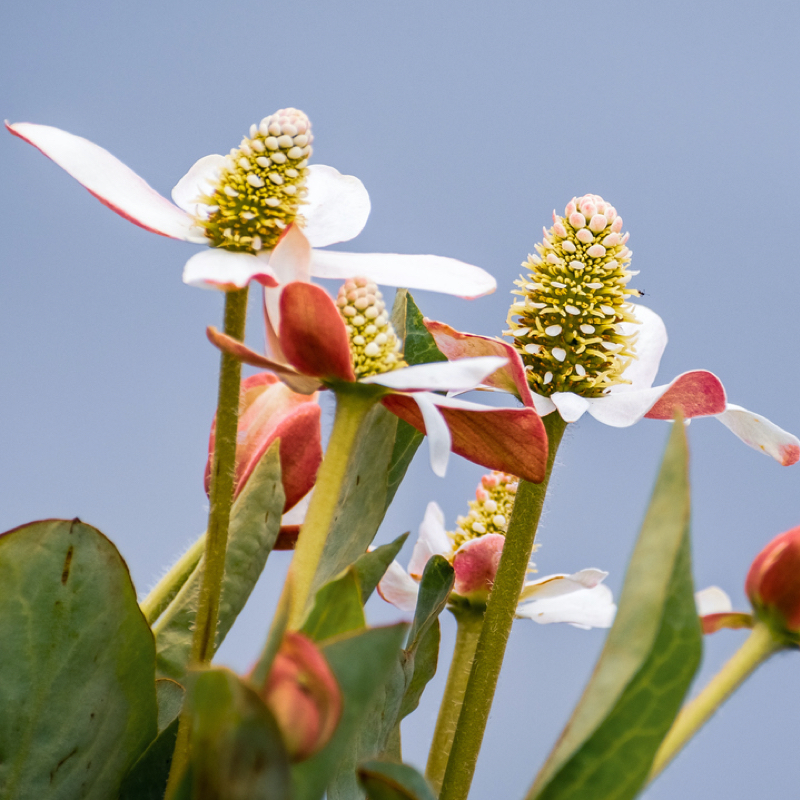 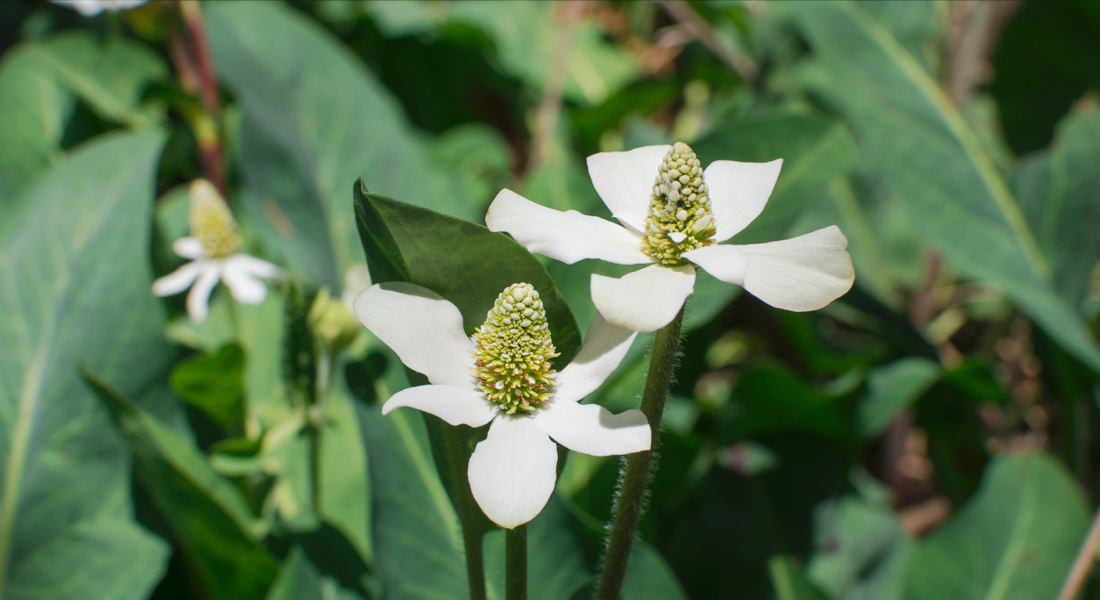 I WAS BORN and raised in a time when neighbors did not lock their doors at night, when summer nights were punctuated by the rumbling of the nearby Contadina cannery, and when pickup softball games could last until midnight. It was a time when you didn’t know you were poor because everyone else was.

When I was a boy helping to inhabit Riverbank, that little town alongside the Stanislaus River, I did not know the use of plant medicine was wrong or could even be a crime. Our healing plants were strewn in the backyard, and as a child, I learned to memorize them by sight and smell. My mother—the most diminutive of women—was the curandera of our block and all other blocks in view. From injured kittens to damaged knees (some quite serious if I remember the tears and blood stains of my blue jeans), Mom patched up animals, children, adults, and drunks, my father being a premier example of a functional one.

Some yerbas could not be grown in backyards or gardens. One memory that is almost a dream now is the summer trip we took down to the Stanislaus River to find yerba mansa (Anemopsis californica). In those days, I was old enough to walk to the Del Rio Theatre, a grand old edifice where we kids learned that Jesus had blue eyes, cowboys killed Native Americans and Mexicans with impunity, and man (and it was always men) would travel to Mars and find beautiful women waiting for them.

Mom and I would walk several blocks north and cross the dangerous Highway 108, which had already claimed a dozen lives in foggy winters and bright sunny summer days when the mirage of shimmering water blinded people to oncoming cars. Mom crossed herself, and we hurried across it.

We found it in the shade of an ancient willow tree only a few yards from the river. Mom would tell me yerba mansa was also called “lizard tail” by white people. This confused me because it resembled nothing of any type of lizard I had ever seen.

The banks of the river were steep, and in later years a sign would be raised by the city warning people not to attempt walking down to the banks. From the highway, we could smell the slow river, rotting foliage, wild morning glories, blackberries, and wild grapes. There was a path down to the water if you knew where to look. And Mom knew where to step. The pathway was dry and safe to tread. Across her shoulder, Mom carried a crocheted bag of white, pink, and blue. It seemed tight enough to hold water. Her father might have taught her what the plant looked like. We found it in the shade of an ancient willow tree only a few yards from the river. Mom would tell me yerba mansa was also called “lizard tail” by white people. This confused me because it resembled nothing of any type of lizard I had ever seen.

The roots and stringy rhizomes were easier to pull out if the plant was as close to the water as possible. And according to my mother, the medicine of yerba mansa was at its strongest the night after a full moon. The moon had been a silver full moon the night before. This was considered good luck, as silver was the enemy of all things evil, and a full silver coin would keep milk fresher for a longer period. (I’ve tried this with raw milk and it does work!)

But before we began the muddy work of harvesting, my mother found a soft dry place to sit. I liked being here, far from my tormentors on the streets and comfortable in the shade of the willow. Central Valley summers can be brutal with triple-digit temperatures lasting for weeks at a time. She pulled out a rosary and began to recite a decade of prayers. After ten Hail Marys, she was ready to begin pulling. I once asked her why she said her prayers before most of our harvesting. She told me we were killing one of God’s creatures, and it was right to give thanks to God and the plant. “Never take something without giving back,” she said in her quaint Spanish that is no longer spoken in California.

As a working herbalist, I learned decades later that yerba mansa is used as an antimicrobial, an antibacterial, and a treatment for vaginal issues. Traditionally, yerba mansa is used to treat inflammation of the mucus membranes, swollen gums, and sore throat. The roots can be taken as a diuretic to treat rheumatic diseases like gout; the plants work by ridding the body of excess uric acid crystals, which cause painful inflammation of the joints. Yerba mansa prevents the buildup of uric acid crystals in the kidneys, which can cause kidney stones if left untreated—which explained why mom used it for stones and gout.

A powder of dried root can be sprinkled on infected areas to alleviate fungal infections like athlete’s foot, jock itch, or diaper rash. I had a client soak her feet in the infusion of the root and leaves to rid a particularly stubborn case of athlete’s foot with bleeding. I also had her drench the inside of her boots with the same infusion. It worked within 48 hours.

Yerba mansa is versatile: it can be taken orally as a tea, used in tinctures and infusions, used as a douche and an enema, or taken dried in capsule form. It can be used externally for soaking inflamed or infected areas. It can be ground and used as a dusting powder. According to my Hispanic friends in the Southwest, the leaves can also be used to make a poultice to relieve muscle swelling and inflammation—although I never saw my mother use it this way.

While most non-Hispanic do not tend to use the leaves, we used it for a spicy tea on cold winter nights. If the core temperature of a person seemed to be dropping, yerba mansa tea with a pinch of cayenne and a teaspoon of honey drove the chill away.

Harvesting yerba mansa is a dirty, muddy job. The roots and rhizomes bring up twice to three times as much mud and soil as the weight of the plant. Being close to the rolling Stanislaus, we managed to rinse most of the mud off before placing the plants in the crocheted bag. Our search, though, was not over. If used for uric acid buildup, the urine flow can feel hot and burning. To ease this problem, Mom picked a large bush of cheese mallow, sometimes called Chinese mallow (Malva neglecta). The buds do taste a bit like cheddar and were always a treat to munch on.

If memory serves, Mom would soak the root of yerba mansa and the entire mallow plant in an unglazed clay pot. After a day and a night, she would strain off the water and place it in a sealed Mason jar. She then placed the jar in the refrigerator for whomever needed it. Through childhood, I had a painful gut and drank my fair share of it. It tasted a bit like cucumber water. If she needed to preserve the water for a later date, she froze it.

The late morning had turned into early afternoon as we trudged up the hidden path and braved the crossing of Highway 108. We had missed lunch, so I knew Mom would warm up yesterday’s tortillas and make us tortillas and butter. The house would smell like fresh soil, mallow, warm tortillas, and summer wind.

Bob Dylan wrote a song, “Bob Dylan’s Dream,” reminiscing on his boyhood life in Minnesota. It ends with, “Ten thousand dollars at the drop of a hat, I’d give it all gladly if our lives could be like that.” Yes I’d give more than that if I could walk that hidden path down to the river with my mother. Just one more time.

Medical disclaimer: The information on this website is not intended or implied to be a substitute for professional medical advice, diagnosis, or treatment. All content is shared for general information purposes only. Please see our full terms for details. Please seek the advice of a qualified professional before using any herbal treatments. 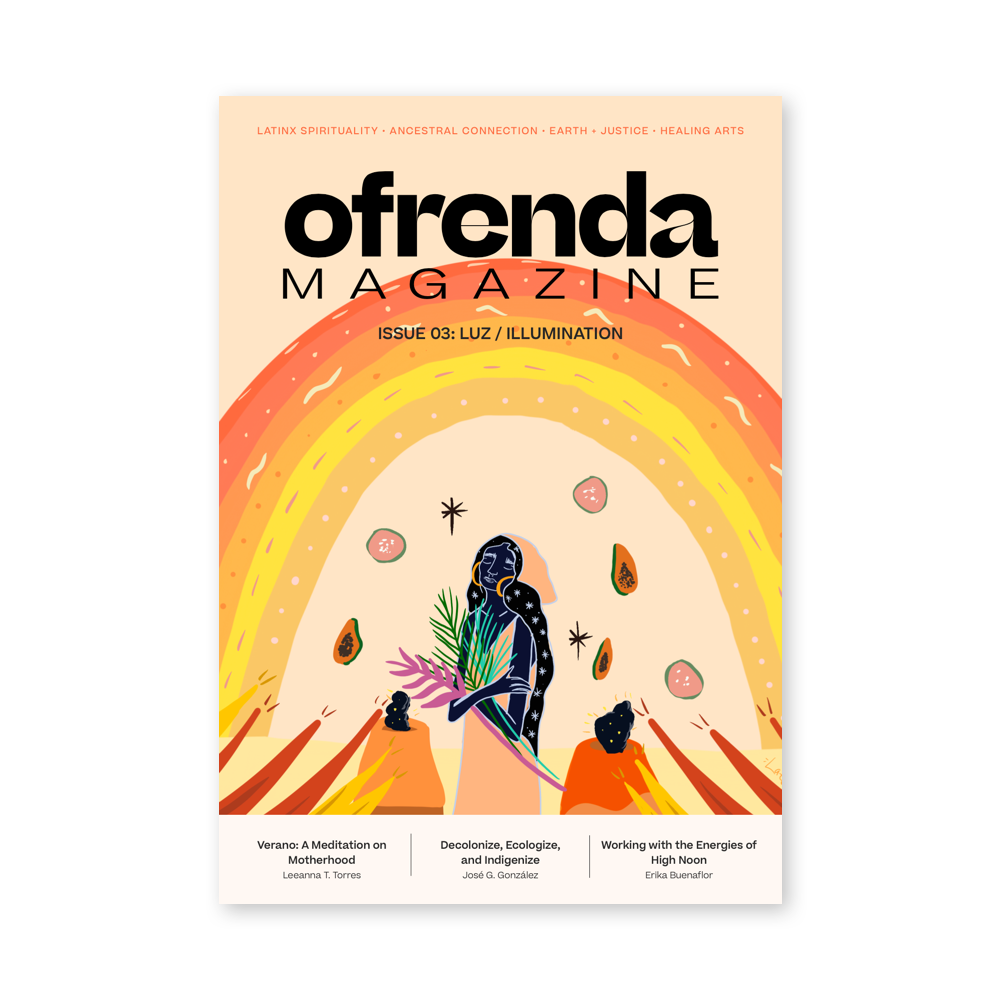 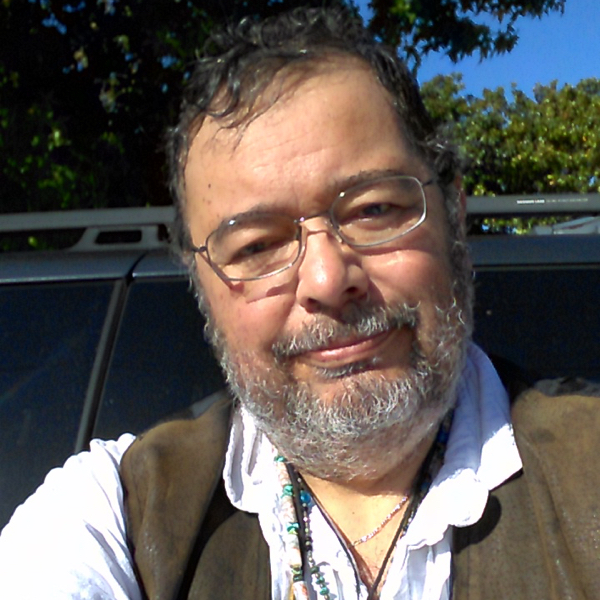 CHARLES R. GARCIA (Californian Hispanic) is a curandero and teacher of Hispanic Herbalism and lives in Richmond, California. He was given most of his knowledge from his mother, the late Martha Navarro Garcia, from the age of four. He is aided by his friend and partner in healing, Ms. Lori Pino. Find him at www.hispanicherbs.com. 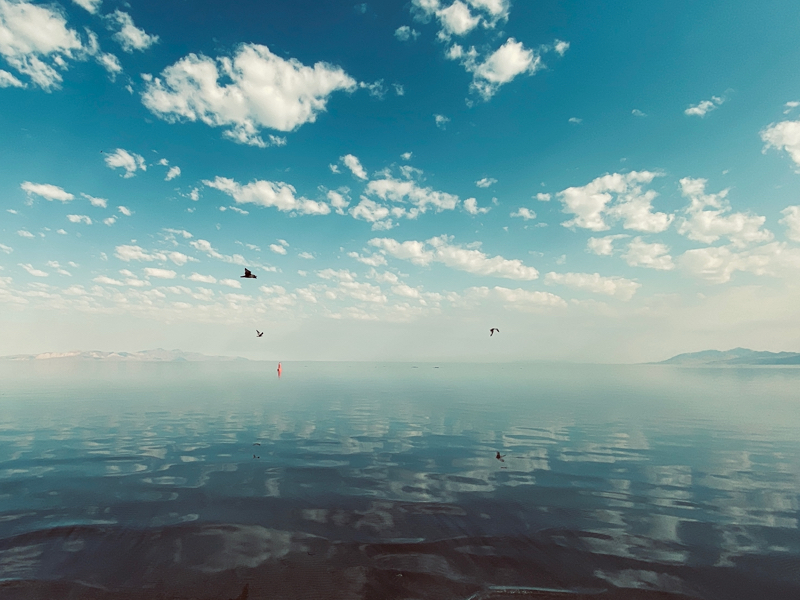 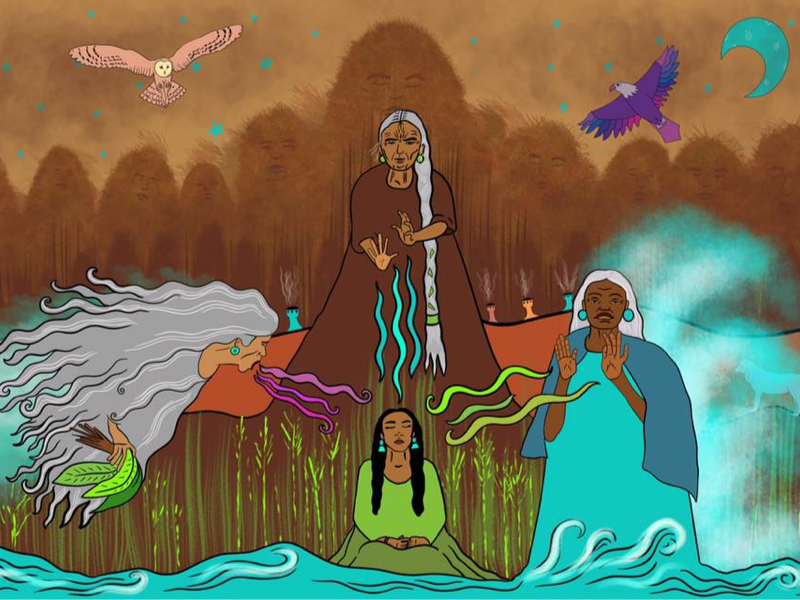 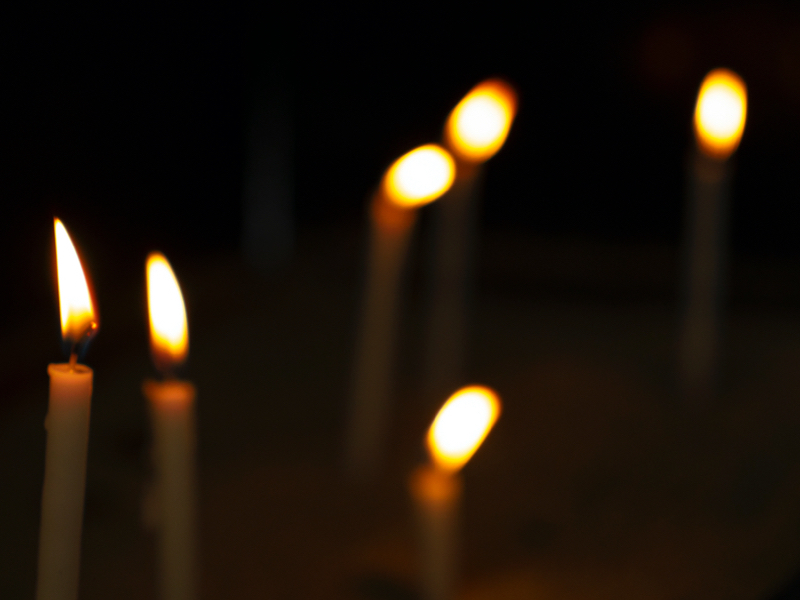 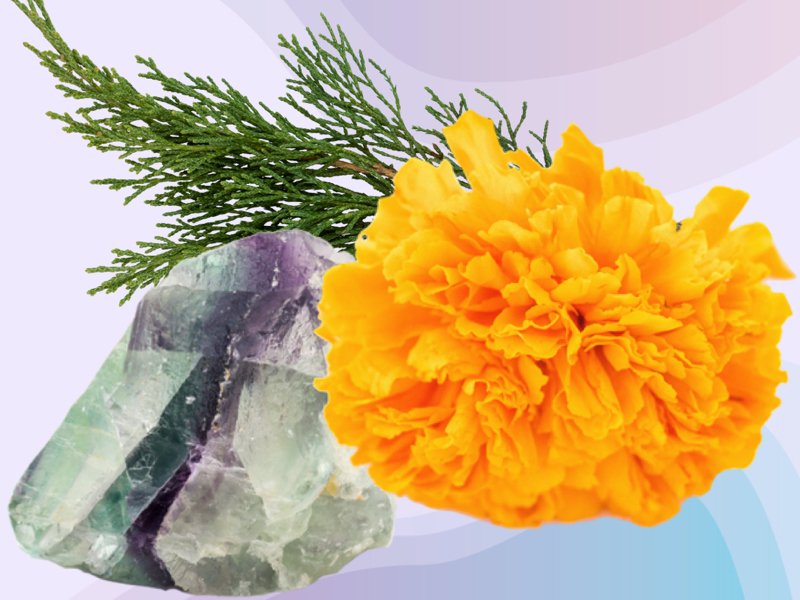 Building the Vibrational Layers of an Ofrenda 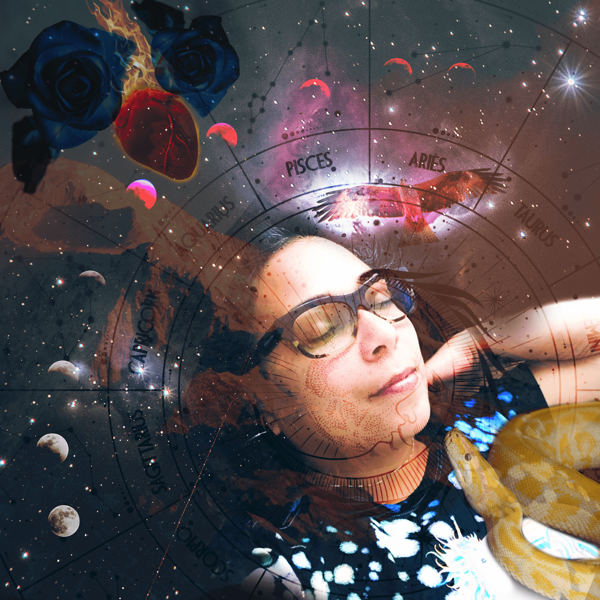 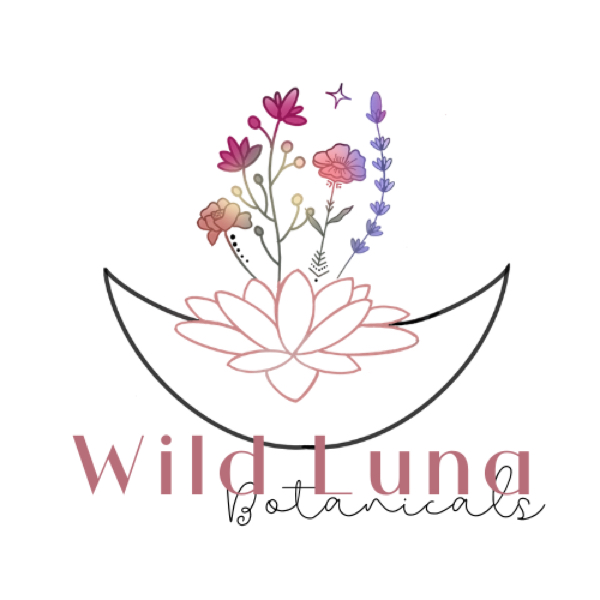 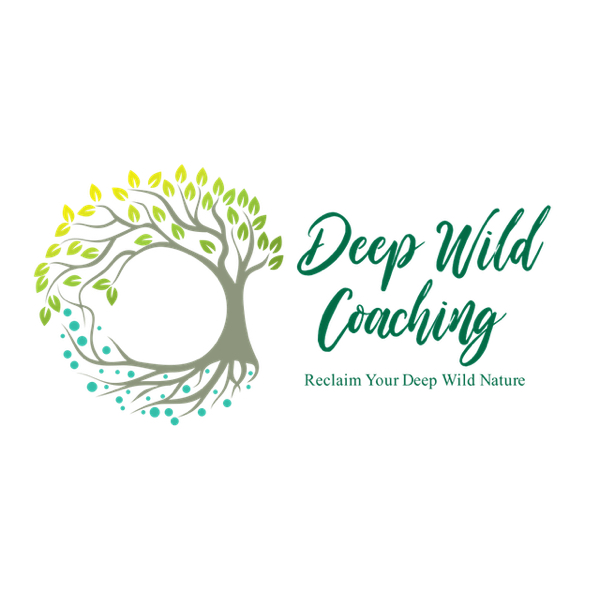