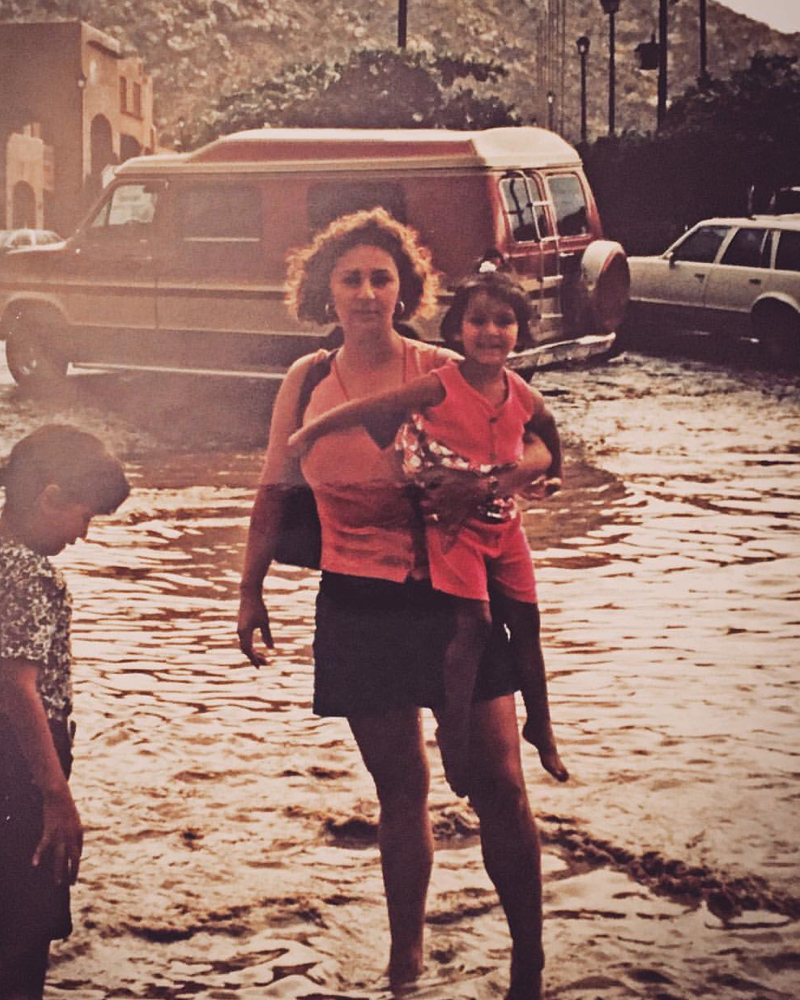 Emilly with her mother. Courtesy of Emilly Prado. 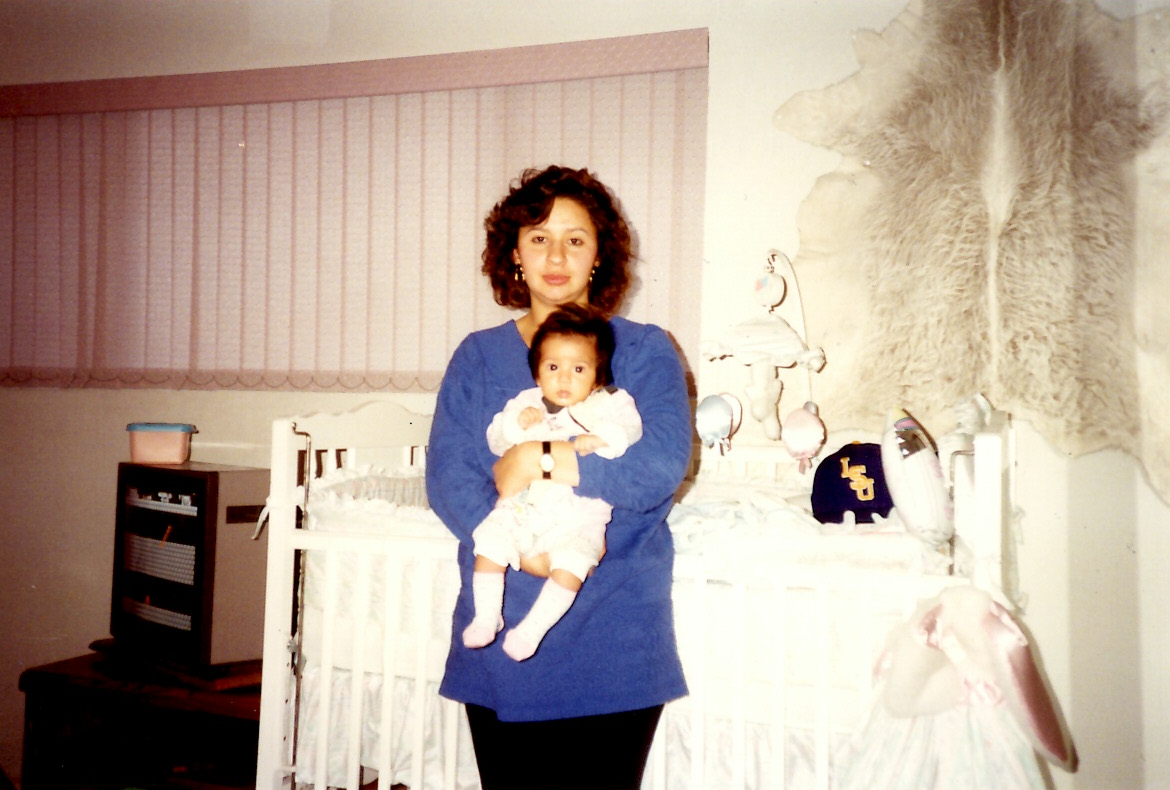 Emilly with her mother. Courtesy of Emilly Prado.

IN THE MIDDLE of Mama Coyo’s house in Aguililla, Michoacán, there is a tree with thick beige roots buried deep into the ground. Papa Nano lives there too but I have become accustomed to referring to it as her house on account of my own single mother, the single mothers of all my friends, and the true matriarchs running households on both sides of my family.

The tree in the middle of the house is majestic and several feet taller than the roof. Its branches sprout high up through a wide, squared opening in the roof, curling over the kitchen and above the cemented pila holding this week’s clean water. The tile that surrounds the tree—the walkway between the kitchen and bathroom—has tilted uphill under its roots. It grew right before our eyes even though no one noticed. If you’re not careful and walk too heavy, you can kick a square tile loose.

As kids, we’d climb up the arms of the tree. We’d run to the tree for safety—for protection from Mama Coyo’s viciously nippy macaw. One time my sister Daniela wasn’t careful enough and tumbled down, so many feet, onto her back. She cried but she did not die. Growing up, I was sure it was because God had been watching.

The hole in the roof of Mama Coyo’s house is not an accident. It’s more like a broad sunroof made without glass. If I chopped down the tree at the heart of this house, I could count the rings to tell you how old it is, but I can tell you instead that it was more than two embraces wide when I was seven years old. It took almost twenty years before I saw anything else like it—another tree smack in the middle of a house.

In the daytime, el sol beams down, and Papa Nano lays across the plastic-weaved folding chair in the salon, warmed and swatting flies in his sleep. I have never seen Papa Nano’s eyes because he hides them behind thick black sunglasses, having lost one to a dart or maybe a stick as a kid, but I am sure he is asleep when I see him lying there (at least some of the time).

At night, the stars glimmer and the black shadows of fleeting birds and bats dash overhead. The tree at the heart of the house continues to grow and happily laps up the rainwater when it pours. Unlike me, the tree is not afraid; Not of the water or the lightning or the thunder that shuts off our electricity and shakes the other two-toned houses around. When I was still little in every way, my tiny body would shake as I cried and covered my ears, holding my breath when the flashes brought light and the dread of a mounting roar.

I was taught to be less scared because Mama Coyo told me in Spanish that God built an invisible barrier around this pueblo to protect it from being burned by lightning strikes. She’d tell me how this pueblo had existed for thousands of years and not once did it get burned to a crisp or crack under a bolt of ice-white relámpago.

This house is where my Papi grew up when he was blonde and blue-eyed for the first two years of his life. This is where my Papi continued to grow when his hair turned black and his skin turned brown and he lost two of his nine siblings: one from a gunshot and another from a scorpion sting inside her baby cuna. This is the house I spent my summers in, growing up and into my morena skin and learning the feeling of what it’s like to blend in for the first time.

In Mexico, I learned the nicknames of every kid on the block and wore my own name proudly. My Papi must have called me his Flaca the first time he laid eyes on me—a slippery and noodly 22 inches long, 6 lbs. light. “Skinny Girl” doesn’t have the same ring to it, like so many other words that lose their poesy by way of translation, but his Skinny Girl I was.

In Aguililla, I was also Flaca, and there was the loud and wildly goofy Chucho. The rude ass, gold-chain wearing bully was called Carlingas. Across the way were Ticho y Toco, the older neighborhood sisters-turned-lifetime family friends (one of which I witnessed pretending to be my aunt when my family helped her cross the border as I sat in the back row of our Suburban), and a few blocks further out lived Canelo, the cinnamon-haired, amply freckled moreno. Plus, my little brothers, Flaco (Hector) and Gordo (Hector) were also named on account of their weight.

My Papi was given the nickname of Chayote when he emerged from the womb with hair eternally reaching high up into the sky. His strands the prickly spikes of the chayote vegetable— known in English less beautifully as the mirliton squash. My mom’s nickname is Chatiya—a nickname passed down from her own mother’s nickname of Chata, and one given to people blessed with allegedly funny noses. My Tia Delfina was always known as Concha and when she died, my family wrote it on her funeral invitation with pride.

Having witnessed nicknames lasting lifetimes, and up to and beyond the grave, I did not know names could have an expiration date until my own had come and gone. I do not know when my own Flaca was annulled, but maybe it was right after my 21st birthday? There was no coroner or grim reaper who appeared after the scale passed a certain number nor a memo sent from my father alerting me my nickname was dead.

Men in my family have come up to me to tell me I am no longer Flaca. Women in my family have told me this too. When I told my mom a mustached man—some distant relative—approached me at my Papa Nano’s birthday party and said he remembered “when I used to be spaghetti,” my Mami laughed.

Maybe I should have realized my provisional nickname was a challenge. The two syllables a double-edged sword yielding adoration and taunting—daring me to live up to my name. To govern the food that touches my lips when I can no longer eat “without consequence.”

Fla-kah. A hissing reminder that I should hunch to make myself seem smaller and that giving up on counting calories meant giving up on who I was born to be.

Sometimes I wonder what being seen as skinny again would give me. What I’d get in return—if only I was thinner, if only my kind of overweight didn’t result in a belly as rolly, if only my hips didn’t jut out disrupting that Kim K hourglass illusion—the only figure thicker girls are allowed to have. Sometimes I wonder what ribbons I’d win, what clothes Cosmo magazine would tell me I could finally wear, what it would take for Papi to rechristen me as Flaca again. And then I remember there has never been a time I believed I lived up to my nickname of Flaca. There was never a time I looked down at myself and thought, “This body is so beautiful. I am such a skinny girl.”

There was never a time I was at peace with my body when I was convinced all I needed was to be at war. There was only the time when accidentally starving myself became purposely starving myself. The years when my Mami called me an anorexic without knowing how to take it more seriously, or help. The sophomore year of high school dotted by walking pneumonia, a sinus infection, and half a dozen colds in the span of six months. The many seasons of feeling perpetually cold. The day nearing high school graduation when I looked up the signs of suffering from an eating disorder and checked off my matching symptoms (thinning hair, brittle nails, easily bruised, low immune system, low self-esteem). The same day as my matching symptoms when I told myself going through formal treatment wasn’t an option because of cost and sure-to-mortify family chisme. There was also the near-decade of falsely thinking all recovery meant was forcing food into my body. In the years since, when grocery store shopping still felt like an impossible math equation—every bagged item another calculation. Even now, when I feel like I’m constantly scanning my thoughts for corruption, filter what media and celebrity accounts I consume, and even though my fear of relapse still follows, I continue to search for my own version of healing.

This house in Aguililla has witnessed and cycled right alongside my own family’s births, growth, and deaths.

I have not been back to this house in at least twelve years, but I have heard it, like me, looks different. My cousins tell me Mama Coyo has a new macaw, still as vicious as the last. Mama Coyo has retired from making cheese. The cows Papa Nano once herded back into the small rancho next to the house have been replaced by parked cars. And they’ve maybe closed up the opening in the roof, chopping down the once-sprawling tree. I think this is what change looks like. All I can think of is what’s gone.

This house is a casket where I will lay Flaca and las vacas and Maya Coyo’s first macaw to rest. At the funeral, I will dig a hole into the foundation and drop each letter of my old name, one-by-one. I will stir the dirt with the remains of tree roots and say a prayer for us all—for old time’s sake. At the funeral, there will be no procession or eulogy. No explanations necessary.

And for once, I won’t be wearing all black.

From Funeral for Flaca by Emilly Prado © 2021. Printed with permission from the publisher Future Tense Books.

Order a copy of the book through Ofrenda's Bookshop. 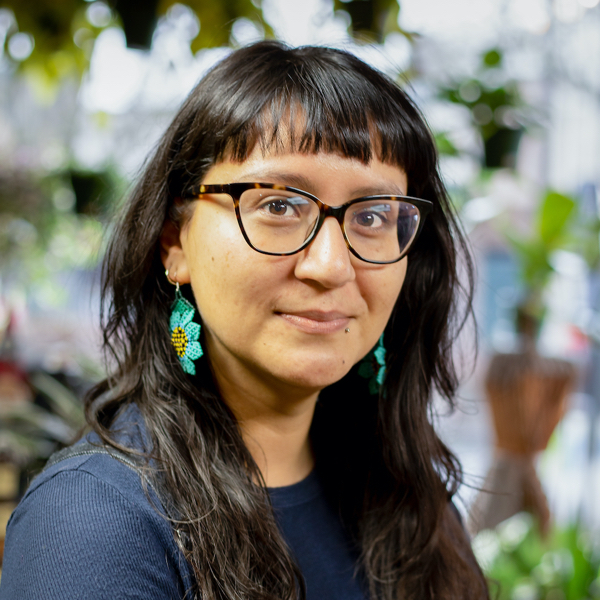 EMILLY GISELLE PRADO is a writer, DJ, and educator living in Portland, Oregon with roots in the San Francisco Bay Area and Michoacán, Mexico. As an award-winning multimedia journalist, Emilly spent half a decade reporting on stories and amplifying the voices of people from marginalized communities. She is a Blackburn Fellow and MFA candidate at Randolph College, and a previous Community Journalism Fellow awarded in partnership with Oregon Humanities, the Andrew W. Mellon Foundation, and the Pulitzer Prizes. www.emillyprado.com 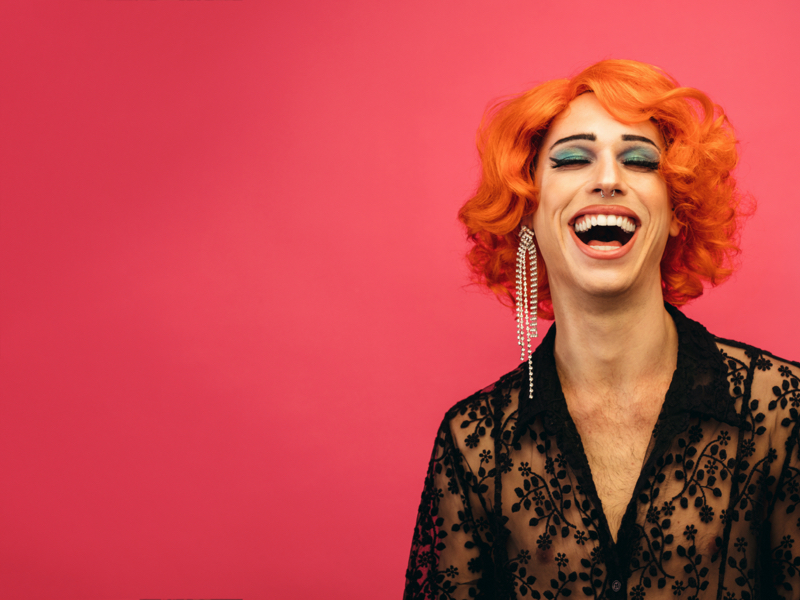 Verano: A Meditation on Motherhood 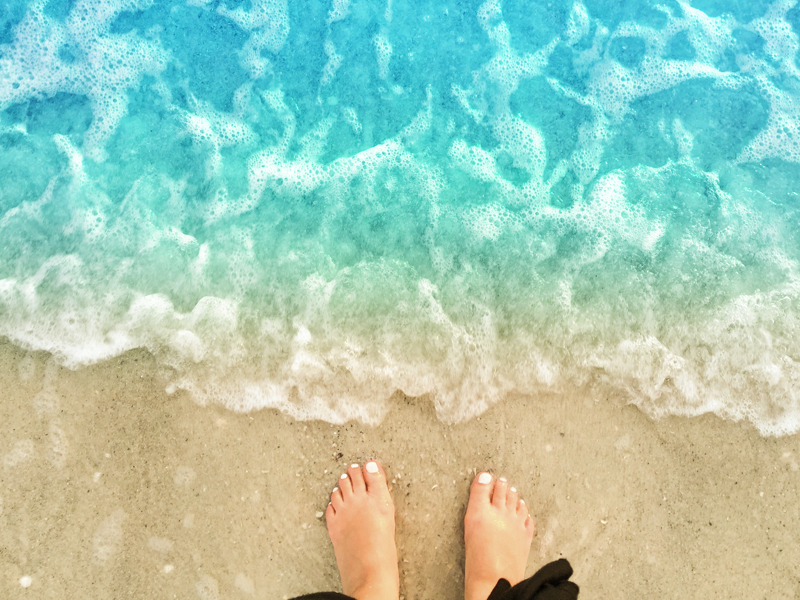 La Luz of Your Inner Child 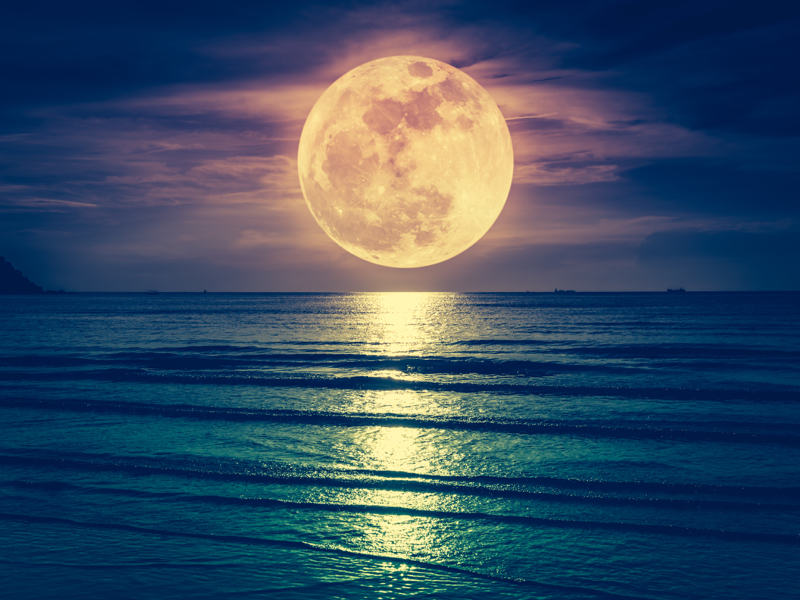 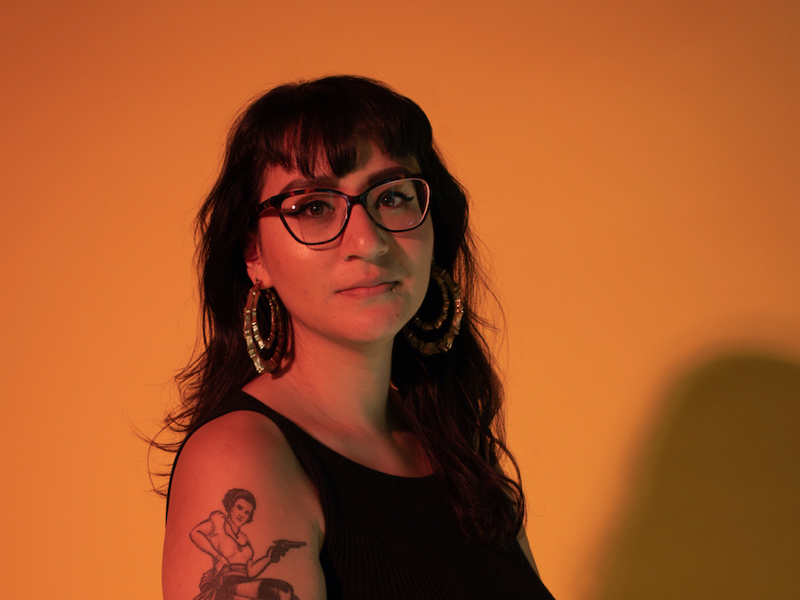 Q & A with Emilly Prado