EVER SINCE READING Sandra Cisneros’s essay “Guadalupe the Sex Goddess” during my junior year of college, I have intended to embody that “sexy mama” goddess energy of “becoming a woman comfortable in her own skin.”

In the essay, Cisneros divulges her relationship with sexuality, religion, and Our Lady of Guadalupe. Cisneros writes that her upbringing in a traditional, Mexican Catholic family led to silence around her own body and sexual expression and caused her, initially, to rebel against Our Lady of Guadalupe, a symbol evoked to stress purity and suppress sexuality. As Cisneros unearthed Guadalupe’s own herstory, particularly her pre-Columbian influences, Cisneros was able to recast and reclaim Guadalupe as a sex goddess—not as the mother of god, but as a goddess herself.

As much as I embrace Cisneros’s later sentiments, I still find myself falling into a culture of guilt, denial, and silence of sexuality, clumsily mirroring Cisneros’s testimonio. Indoctrinated into the puta-virgen (whore-virgin) dichotomy through thirteen years of Catholic school—and reminded during every sacramental upgrade, from my first communion to confirmation, of the dire importance of remaining a virgin until marriage—I still face an ongoing battle to heal my relationship with sexuality. Searching for a guide to illuminate an inner sex goddess, I began to research ways that Guadalupe has been reclaimed in the arts and popular culture. I share examples from my research on ways Latinx/Xicanx people are using Guadalupe to break free from the chastity belt that is often imposed by conservative-masked-as-traditional strains of Christianity, Catholicism, and dominant U.S. religious culture.

Cisneros’s essay, first published in 1996, inspired experimentation with La Lupe symbolism, particularly in aesthetic and artistic creations. Thanks to Cisneros, La Lupe is everywhere, including clothing. Having evolved over the last few decades, La Lupe of the 2020s is sexier than ever. Moving far beyond the nondescript Guadalupe necklaces their mothers and grandmothers might have worn, Latinxs of today have created a plethora of Guadalupe-inspired adornment. From crop tops, denim jackets, and thongs to face masks, wearing La Lupe on my body has helped me get in touch with my sexuality. Whether dancing in the clubs of Roma Norte in a Guadalupe-patterned bustier to wearing my Guadalupe socks as a reminder of my own sacrality, I find pleasure knowing that La Lupe is with me, blessing rather than condemning my sexual journey.

Guadalupe’s image on clothing even spreads beyond Xicanx/Latinx/Mexicanx cultures, with fast fashion brands like Forever 21 trying to tap into the Guadalupan marketplace by selling bodysuits of La Lupe, ones that echo the aesthetics of Mujerista Market, a trans/Latinx-owned brand that popularized the Guadalupe crop top in 2017.

In popular culture as well, Guadalupe’s modern-day apparitions take place across digital realms such as social media and podcasts. A significant development is Guadalupe’s popular recognition as a sex goddess, reclaimed as la santa patrona (patron saint) of neoperreo, an increasingly widespread alternative subgenre of reggaeton centered around bodily and sexual inclusivity, empowering fans of neoperreo music to embrace perreo (twerking) as acts of self-love. La Lupe appears in the work of neoperreo artists like Ms. Nina’s 2019 album “Perreando Por Fuera, Llorando Por Dentro” (“Twerking on the Outside, Crying on the Inside”). Neoperreo highlights the shape-shifting, migratory nature of La Lupe. At Ms. Nina’s September 2019 Mexico City concert at La Galera, a mix of symbols from U.S. Latinx/Xicanx street culture flashed onstage and dominated the set by DJ Rosa Pistola. A recognition of Latinx/Xicanx’s constant reinventions of La Lupe exists in the neoperreo scene yet is overlooked across U.S. and Latin American scholarship and religious/spiritual practices.

Aside from the growth of La Lupe within the arts, there are still many unrealized intentions to living out “Guadalupe the Sex Goddess” in everyday life. First, Cisneros’s testimonio with accessing contraception and practicing safe sex still rings true for many Xicanx/Latinx young adults. As affirmed through conversations I’ve had with colleagues, so many of us have experienced a secretive and at times painful relationship with accessing resources for sexual health. We need to learn to let go of this shame and can start by affirming each other. Second, there is a need to focus on La Lupe’s diverse gender and sexual expressions. I envision that Guadalupe’s migratory, shape-shifting nature does not stop at the borders of gender and sex; I see her embracing the journeys of LGBTQIA+ identifying people as well. Third, in the midst of an ongoing pandemic, it is important for us to create a more inclusive future regarding sexuality, especially the prominence of digital sexual expressions in a time when physical touch is so limited. We must reimagine how “Guadalupe the Sex Goddess” would engage in sexuality today: Would La Lupe be on dating apps? Create an OnlyFans? Engage in sex work? I imagine she would encourage us all to experiment and respect sexual exploration.

Living out sexuality with the intention of becoming comfortable in your own skin is a difficult task. The necessity of isolation during a full year of quarantine has undoubtably put a strain on the relational, sexual, and social desires of many sex goddesses in training. In light of this tension, I urge us all to lovingly examine our relationships with sex and La Lupe in 2021. Hopefully, we’ll be able to embrace each other safely in person again.

Listen to the essay, as read by Natalie Solis 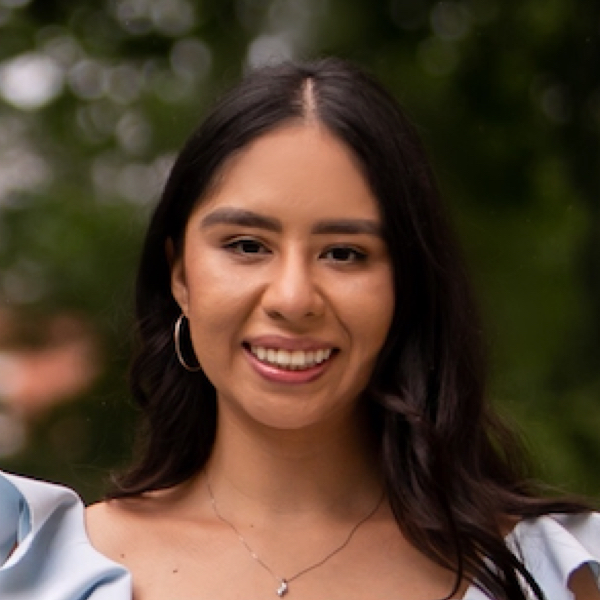 NATALIE SOLIS (Xicana) is a first-generation graduate of the University of Southern California and Presidential Scholar of Harvard Divinity School. Born and raised in Los Angeles, she currently resides in the San Francisco Bay Area. Natalie aspires to pursue her interests across religion/spirituality, arts, and the law. 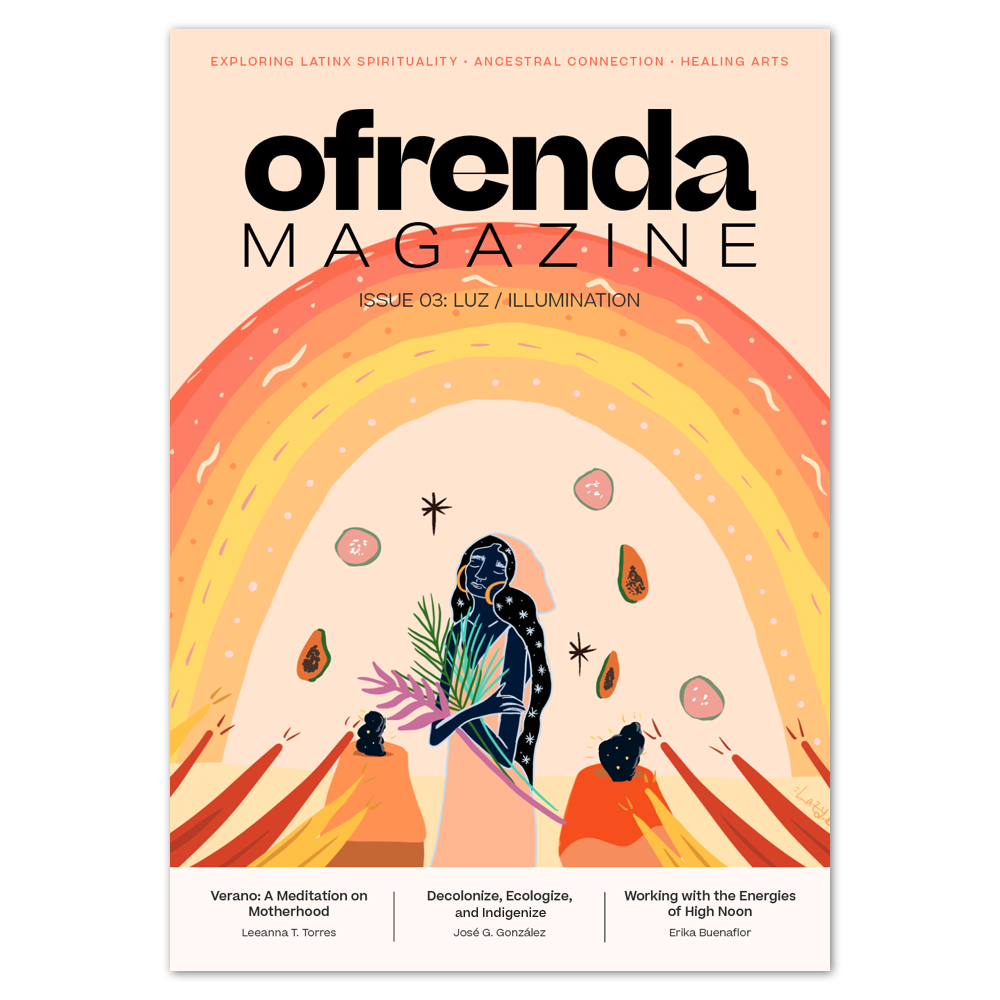 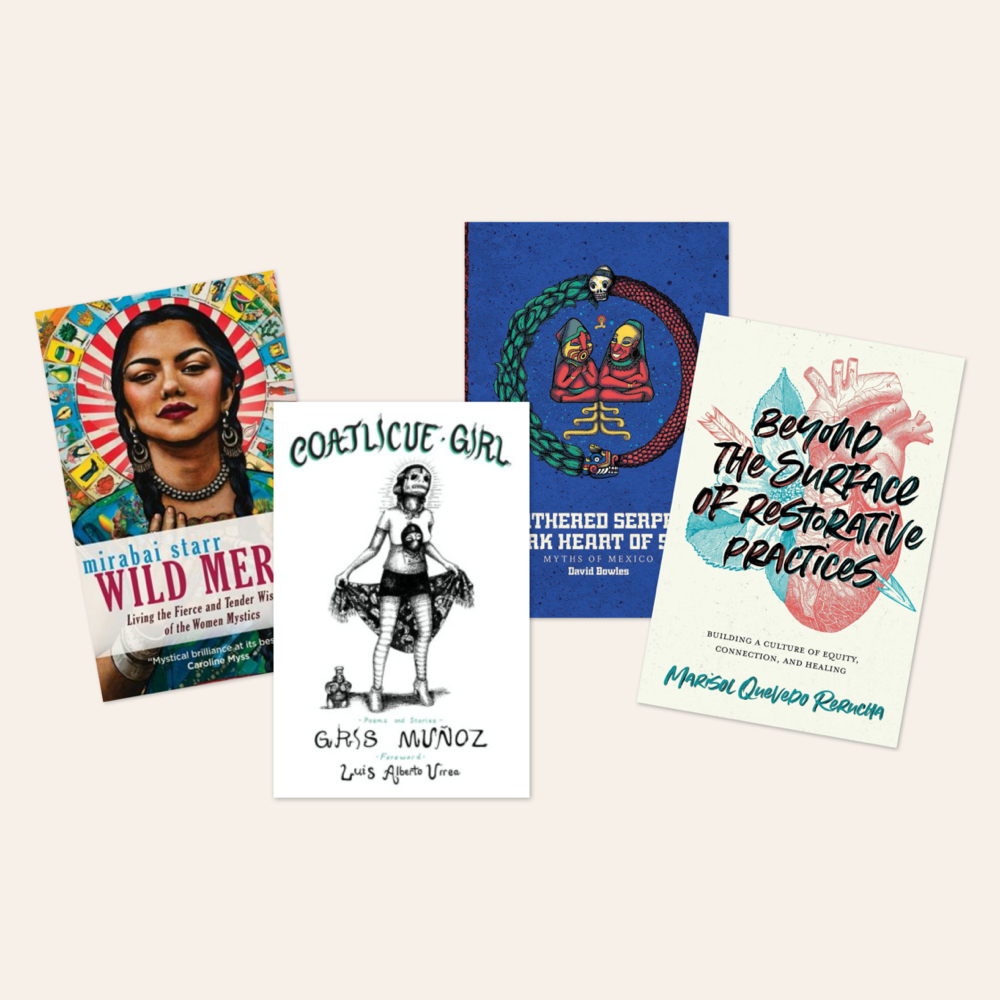 A few picks for your exploration this summer. 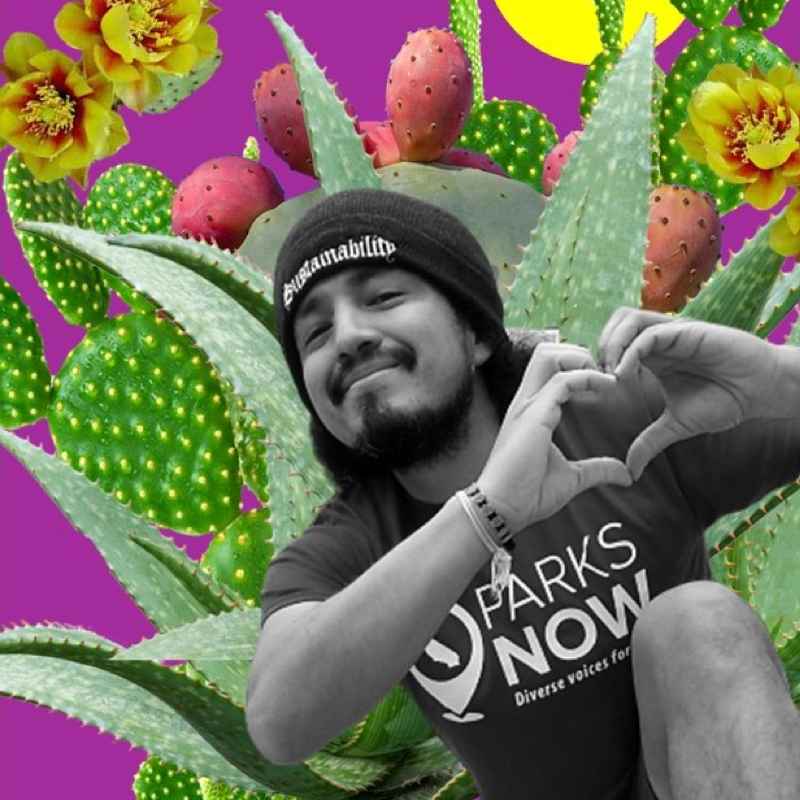 How might ecology inform the practice and models of DEI? José González, educator and founder of Latino Outdoors, shares his ideas, art, and metaphors. 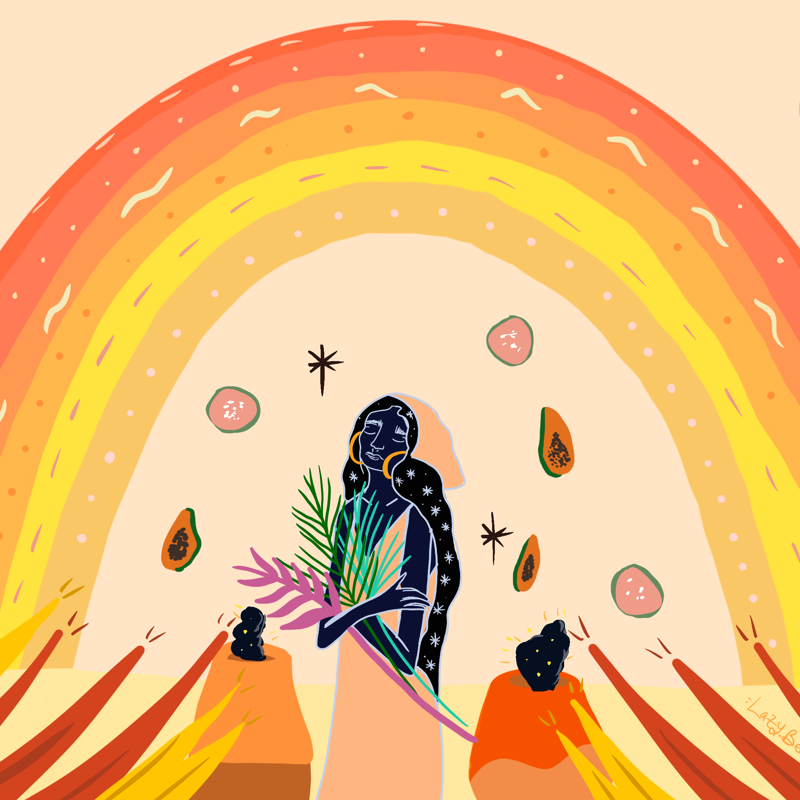 AUDIO
From the Editor

Read the editor's intro to Luz, and learn about the cover art and artist. 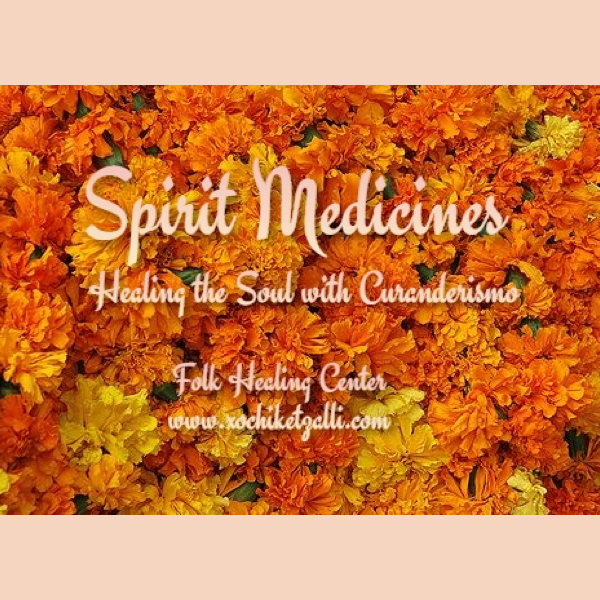 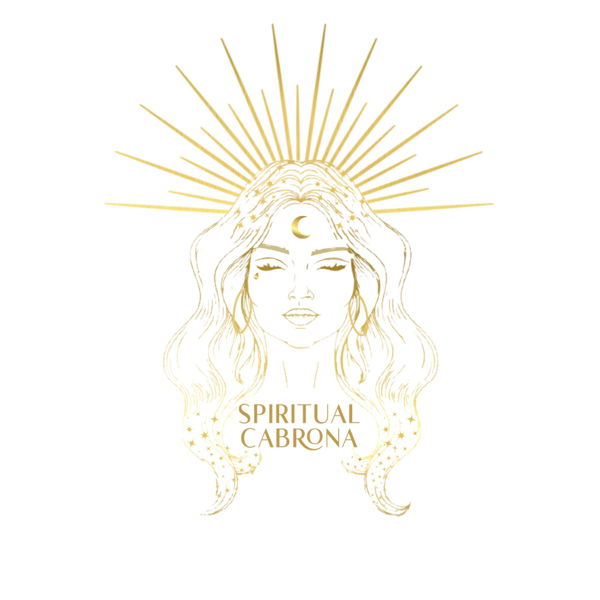 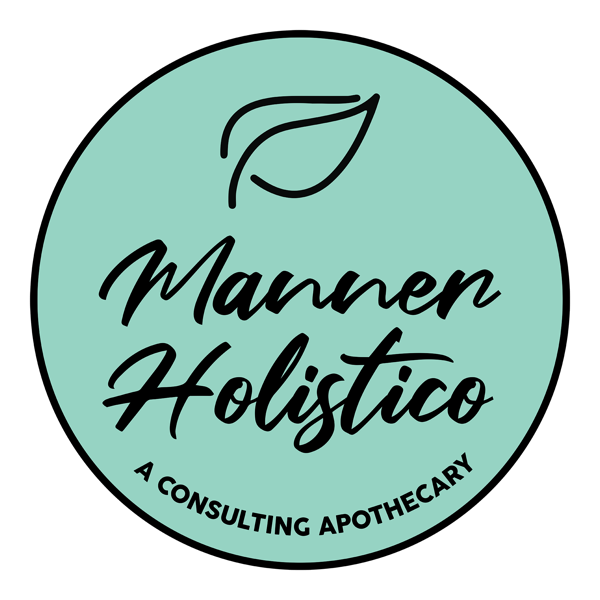 Love Limpias, Love Conscious Coaching, and Holistic Energy Services
See all vendors
Would you like to list your business or product? Learn more.