Where the Serpent Dwells

Where the Serpent Dwells

A testimonio of life, healing, shapeshifting, and rebirth.

Words and Art by Audrya Flores 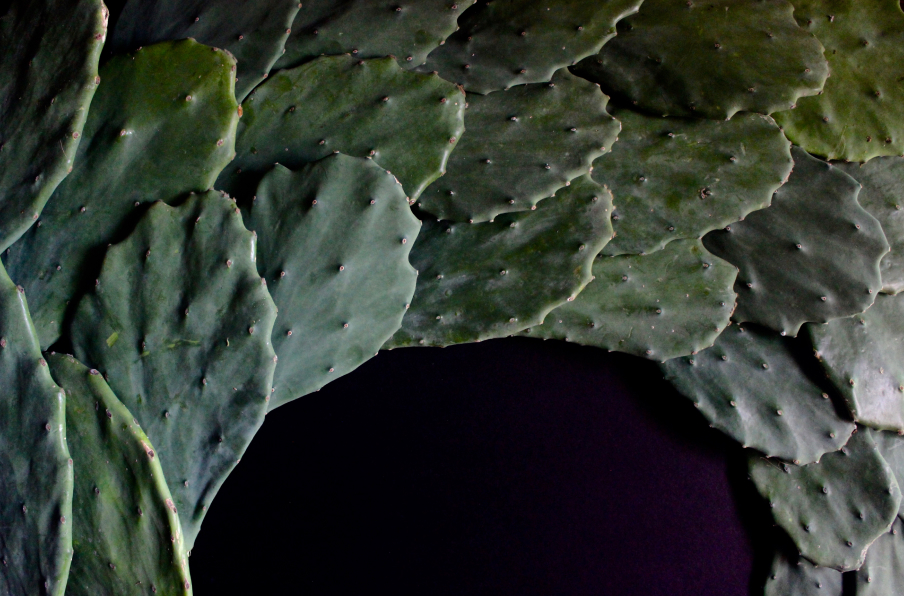 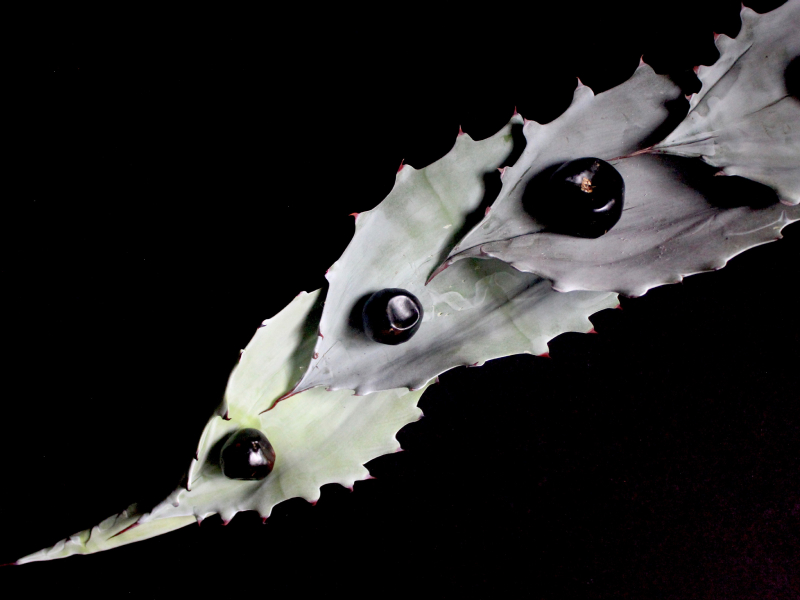 Balance is a breath, in and out. It is where the elements converge, where birth and death feed each other. It is both corporeal and ethereal. It is twilight. It is dawn. Balance is a meeting place, a confluence. And this is where the serpent dwells.

With an elegant, dangerous body, coiling and extending, the serpent is a shapeshifter in perpetual motion. It emerges from an egg, devours an egg, births an egg. It is of this earth, yet supernatural. It is the ouroboros. It is infinity.

The rattlesnake, in particular, carries an incredible instrument. Its rattle is built from keratin segments, each remaining after the snake sheds its skin. The rattle is a record of death and rebirth, always keeping time. The serpent moves forward with fresh skin and sight, while its rattle houses past versions of itself. A vibrating rattle stirs something ancient in our collective gut. It is both celebration and warning: “Marvel at my survival! Know that I will continue to grow and be reborn perpetually!”

In this testimonio, I continue my family’s storytelling tradition and offer you two vignettes. Part of my healing journey as a trauma survivor has been to reconnect with my inner child. As we regain balance, she is helping me remember. The first of these stories is hers. I support her expression and trust her wisdom. She is my rattle. The last story is more recent. Time and healing are proving to be non-linear as these teachings unfurl and braid themselves together.

My father is a fisherman, as was his father. We come from Brownsville: a place where Texas, Mexico, the Gulf, and the Rio Grande all convene. The waters are rife with sustenance and magic. We were taught to eat or share what was caught, always. This was no sport. These beings deserved reverence and respect. My father honored his catch, transmuting its energy into a feast for the neighborhood. Everyone got a plate. These were his offerings; this was his work.

I sat at my father’s feet often as he and his many brothers cleaned and fileted the day’s catch. Collecting and arranging fallen fish scales in the grass, I listened to stories of the incredible creatures that ruled the waters. The goliath grouper was a color-changing cave-dweller that took three men to reel in. The alligator gar, with its prehistoric saw-toothed mouth, had the ability to navigate both saltwater and freshwater. The deep, itself, could cause grown men to panic and lose all sense of reality.

Once, I looked up in time to witness a mass of black eggs, like a thousand obsidian beads, spill from the belly of an alligator gar as my cousin sliced into it. I wondered how this enormous beast on the cutting board could have such precious origins. Breaking the spell, my father whispered, “Audrya, look.” With tough brown hands, he delicately placed the still-beating heart of a fish in the center of my palm. We observed silently as the mysteries of the ocean seemed to seep further into my being with each tiny throb. I looked up at him and could see those same mysteries in his dark eyes.

The serpent came into my life during a time when anxiety threatened to consume me. Having struggled with my mental health since childhood, I knew that this was beyond what I could manage on my own. I needed help. I curled up on my couch while my lungs constricted. With fists and jaw clenched, I wept. I stayed there, in my fear and shame, for a long time. I suddenly got the urge to light a candle. This was an ancestor nudge, no doubt. I learned from the matriarchs in my family that when in distress, one should light a candle. I had picked up a Santa Marta candle recently, having been drawn to the dark, dramatic scene depicted. Santa Marta stood over a giant, writhing serpentine dragon. I lit the candle and stared at this image.

I prayed that Santa Marta’s monster would devour the invisible sickness that was stealing my breath. Instantly, the serpent was there. It was as though it had always been there, only dormant, waiting for me to call. There was no fear. I felt awe and humility, but no fear. I recognized this energy as primordial. It was dark, deeply familiar, and emanated from the center of the earth. In my mind’s eye I could see the green snake moving within me. It lunged side-to-side forming repeating figure eights in decisive, powerful movements, consuming my anxiety. My lungs opened up. The tension in my body began to dissipate. Help had arrived.

That was the beginning of my pact with the serpent. I would light a candle, confess my fears, and leave out eggs for this entity. In exchange, it would devour my anxiety, relieve me, cleanse me. I saw the serpent everywhere: a forked tongue in the bloom stalk of a maguey, a bold fang in the crescent moon, a meandering body in the viridian vein of my aging hand. This presence soothed me. And as my mental health improved, the deepest love and devotion developed. I gathered the strength to get back into therapy and begin healing. I promised the serpent I would build a giant altar in gratitude.

The first time I created the nopal serpent was the fulfilling of that promise. This large installation consisted of 300 prickly pear cactus pads forming the scales of a giant snake and was the main component of my solo exhibition at the San Antonio Public Library Gallery. It was a living altar recognizing the serpent as a symbol of rebirth. This piece marked a major shift in my work, the merging of my spiritual and artistic practices. I found balance through its creation.

The installation of the serpent was physically grueling. I harvested a truckload of nopales in the middle of a Texas summer. Arranging them directly on the floor of the gallery, I inched along beside the materializing serpent body on my knees. After a few hours, spinas penetrated my gloves and clothing. My back ached. But none of that mattered. My body, mind, and spirit were in a flow, a rhythm. The nopales held the heat of the sun long after they were brought inside. They reacted to the cool tile floor by curling slightly on contact. Their green scent filled the entire building, wafting toward the giant skylight three stories up. The serpent was alive and claiming its space.

The serpent continued to reside, full of life, in that space for the two month span of the exhibition. During that time, my mother was diagnosed with breast cancer. Though she would later fully recover, those early weeks were terrifying. I found myself back with the serpent installation often. I would refresh its floral tongue and adjust its ever-shifting scales. Mostly, though, I would just sit with the serpent and cry. We tended to each other.

On the closing day of the exhibition, I hosted a workshop in which I taught participants how to make living amulets using the nopales from the installation. Being in a state of deep grief around my mother’s diagnosis, I did not have the emotional capacity to disassemble the beloved serpent on my own. So, we did it together, as a community. The serpent gave of itself to gather folks around me that night, continuing our beautiful exchange.

My mental health has really been challenged during this pandemic. I am in therapy weekly to work through the anxiety and depression that still linger. I, like many of you, am trying to heal in these times of worldwide heartache and tension, these times of fear, sickness, and death. We are experiencing dysregulation, both personally and as a community. It is all extremely difficult.

It is possible, though, to find our way back to balance. We can hold space for life and death, joy and grief. We can give of ourselves and acknowledge that we are worthy of receiving. We can move forward while holding our past tenderly. We can inhale and exhale. We can follow the serpent’s path and return to the meeting place. It is within us.

This article is an excerpt from Balance, available via print on demand. Issue 07: Balance and Issue 08: Nourishment are printed together in one double-sided booklet. 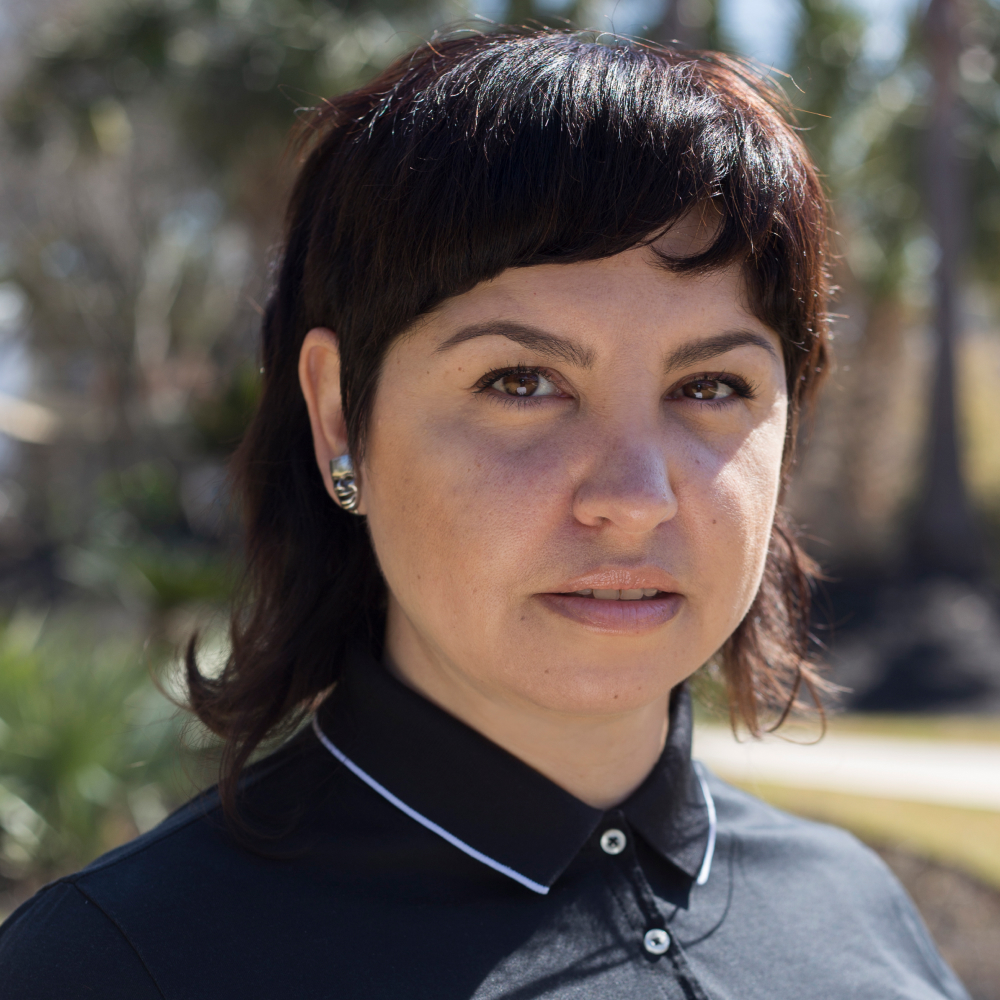 Audrya Flores (she/her) is a Tejana artist based in San Antonio, Texas, who repurposes textiles and natural materials for her mixed media works. Through the storytelling traditions of her family, she explores trauma, healing, and issues of identity. The mystical elements in her work are influenced by spirituality, the supernatural, and her roots in the border town of Brownsville, Texas. 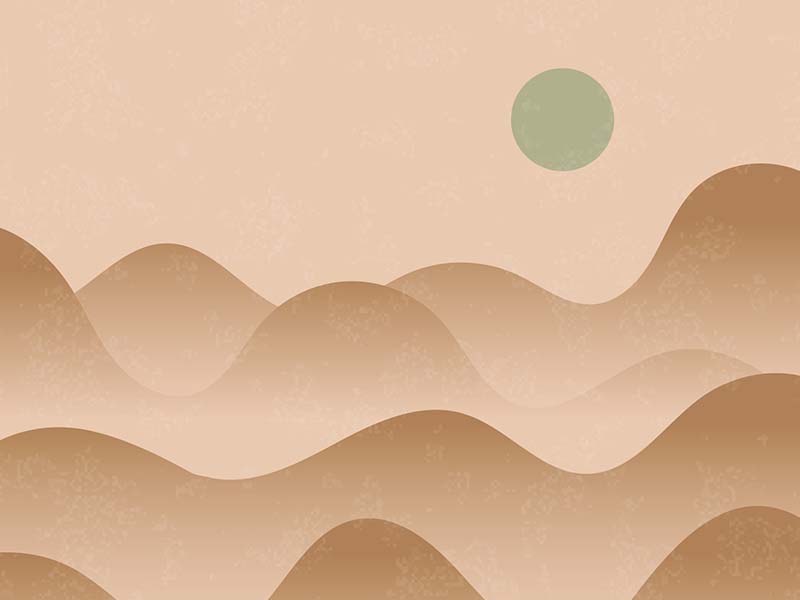 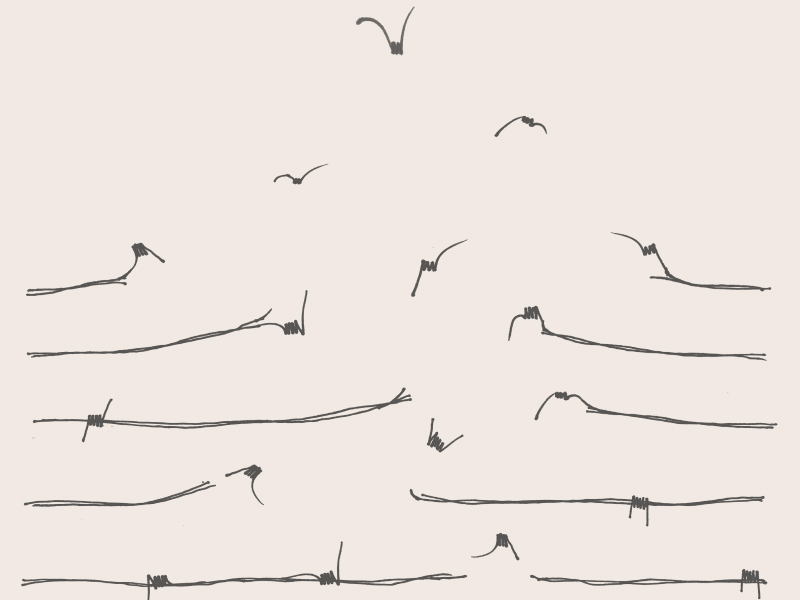 Poetry Is My Medicine, Our Healing 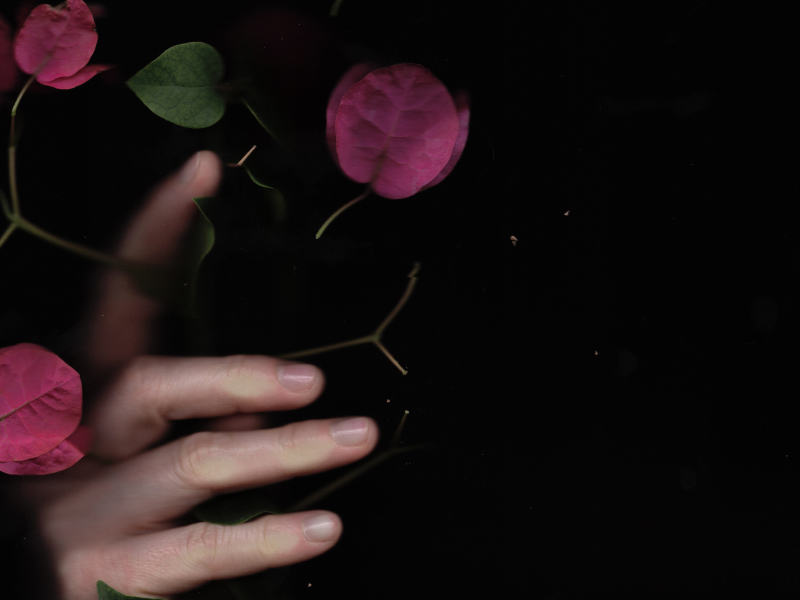 Words and Art by Paloma Mayorga 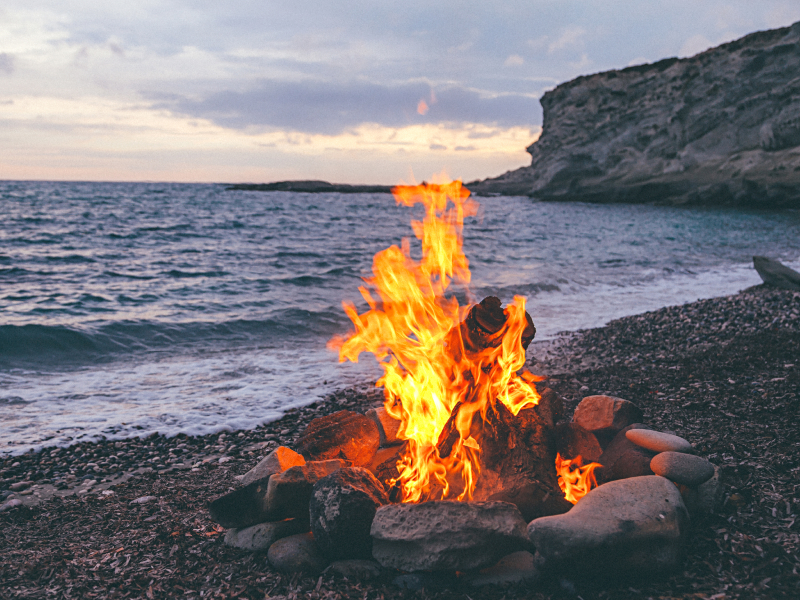